Here are some fiction writing prompts that you can turn into stories. You can treat them simply as inspiration for your fiction, or use them in combination with the CWN creative writing lessons on character development.

Invent a character who has two personality traits that are completely incompatible, that don't fit together at all. For example: this character is incredibly messy and is also a total perfectionist. Or: this character is a pacifist and also has a really explosive temper. Or: this character believes in strict, traditional family values but is promiscuous by nature. You decide. Then think of a situation in which these two sides of your character would be in direct conflict with each other. Write the story.

4) Short story ideas - blast from the past

Your character has a certain deep-held belief about life. This belief may be based on religion, on something he learned from his parents, or on his own experience. Decide what this belief is and where it came from. In your story, something happens to the character that seems incompatible with this belief. How does your character react? Write the story.

Invent a teenage character who is very shy and hates confrontations of any kind. Her friend Stacy gets into serious trouble at school, and your character knows that the situation is a teacher's fault, not Stacy's. Your character wants to help Stacy, but all of her options seem terrifying: confront the teacher directly, talk to the principal, or tell a parent who might not believe her. What does she do? Write the story.

Your character has a family and a stable job. Then something happens that reminds him of the plans he had when he was younger, to become an actor and live a creative life without ties of any kind. What happens to make him remember this? He starts to wonder if he's made the right choices. What does he do? 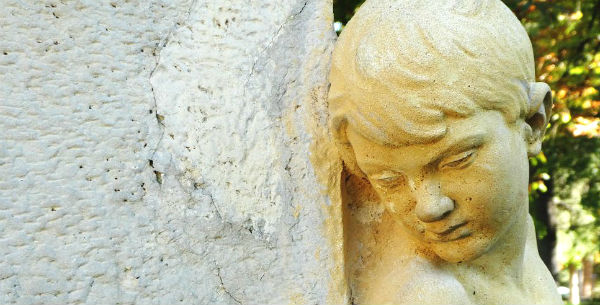 Write about any of the following characters:

The creative writing ideas on this page are just the tip of the iceberg. Click here to see even more fiction writing prompts.

Click here to go to the CWN fiction-writing course. If you haven't signed up yet, what are you waiting for? It's free!