How to Write Short Stories from Inside Your Character's Head

This page explains narrative point of view and how to write short stories from the best "camera angle." This is just one of many pages on this website about different elements of a story. For a complete list and the chance to take free creative writing courses, see the links at the bottom. 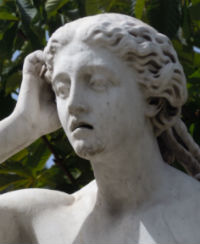 How to write short stories from different points of view

Your story's narrator is the voice that is telling the story.


All of these examples use first person narrators. That means the narrator is also one of the characters in the scene, and he or she tells the story using the words "I," "me," etc.

How to write short stories in the first person

There are certain things a first person narrator normally shouldn't say. For example: "My bald spot looked particularly shiny that day." Why? Because you can't see your own bald spot unless you're looking at yourself in a photograph or a mirror at just the right angle.

Another thing that sounds strange in the first person voice: "I have no idea that..." Your first person narrator can't give information he doesn't know. If your narrator has been locked in the trunk of a car, it will be hard for him to describe what the police are doing just then to solve his kidnapping.

Also always an awkward statement: "Then, I died."

How to write short stories - advantages of a first person narrator:


How to write short stories - disadvantages of a first-person narrator:


How to write short stories in the third person

A third-person narrator might be completely outside the action. A third-person narrator tells the story using the words, "He," "she," "it," they," etc. For example: "A bald man suddenly cut in front of the teenager boy, who looked like he was about to protest until the man pulled out a gun and pointed it at the blond teller."

A third person narrator might even have a supernatural ability to be in more than one place at once, seeing everything that's going on. Example: "Customers screamed and ducked to the floor, unaware that police cars were already surrounding the building. Across the city, Miriam paced back and forth across their small living room, wondering if Jack would possibly manage to pull off the robbery." This kind of narrator with unlimited vision and knowledge is called an omniscient narrator.

Third-person narrators may also have limited or complete access to one or more character's thoughts. It's common to locate the narrator partially inside a particular character's head. Example: Jack felt faint as he hurried out of the bank, wondering if the police were already outside. What would happen to Miriam if he were arrested? The thought was unbearable; he tried to push it out of his mind."

The effect here is almost as if this had been written in the first person, with Jack telling the story. But with a third-person narrator, I'm not limited by Jack's voice. I might choose to limit my third-person narrator to Jack's perspective. This would give readers a sense of connection to Jack, as if they are living his particular experience. Or I could move from one character's mind to another. If you switch points of view in the same story, you have to be careful not to confuse or disorient your reader. You might decide to limit yourself to one viewpoint for each section of the story and use line breaks or another visual cue to let your reader know when you're switching.

Tip: readers will often feel more intensely involved with a particular character if you limit the story to that person's point of view.

How to write short stories in the second person

A story written in the second person treats the reader as the story's character. The narrator talks all the time about "you." "Nervously, you walked up to the bank counter, then reached for your gun." Second-person narration is more unusual than the first or third person, and it's harder to use without seeming contrived or defying the reader's common sense (I know that I didn't rob a bank!) Similarly unusual in fiction is first-person plural narration, where the narrator uses the word "We" to tell the story. Two wonderful novels written in the first-person plural are Then We Came to the End by Joshua Ferris and The Virgin Suicides by Jeffrey Eugenides. But, again, what these authors have accomplished is very difficult to pull off successfully.

How to Write Short Stories - Next Steps

What would you like to do now? Choose one of the links below.