(On this page, you'll find an introduction to classic plot structure. For more novel writing tips, be sure to join our free email group.)

- A story about a school for mermaids

- A story about the relationship between a boy and his father

ANSWER: It was a trick question. They aren't plot ideas!

All of these ideas are perfectly good starting points for a story or novel. But to turn them into story plots, you need to develop them further.

To have a story plot, you need:

- a problem that the character is facing.

The character's battle with the problem provides a central thread for the story. And it gives readers a reason to keep reading. Readers want to find out if the character will succeed in solving the problem or not.

So, let's say you want to write the story about a school for mermaids. You might have some ideas about what the school is like, what the young mermaids study, and so on. But at some point, you'll want to ask yourself...

- Who is main character? For example, maybe it's a rebellious young mermaid named Bubbles. Maybe it's a teacher at the school.

- What central problem will the character face in this story? Maybe Bubbles is in love with a human boy, which goes against all of the mermaid rules. Maybe Bubbles's teacher has to save the school from a submarine attack.

Once you've decided on a character and a problem, it makes the story much easier to write.

In a classic story plot, the character's struggle tends to build in intensity. As the story progresses...

- The character's problems get worse.

- The stakes get higher.

- The confrontations get more dramatic.

- The enemy, if there is one, becomes more powerful or closes in on the character's trail.

That creates a feeling of momentum for the reader. Things are getting more and more exciting.

The conflict builds to a decisive confrontation or battle, which will determine the story's outcome. This is the do-or-die moment; for example...

- the big game in a story about a basketball team

- the wedding day, when your character has to decide if she will go through with it and marry the man she doesn't love anymore

- the confrontation in a garden shed between your detective and the serial killer he has been chasing.

This is the story climax. It's the moment that your hero has been preparing for, or the moment when he will be be put to the test.

The story's ending will show the result of what happens in the story's climax, after the dust has settled. What is your character's situation now? It's probably different from at the story's beginning. A satisfying story ending gives readers a sense of this change.

That's a description of basic plot structure. Different genres such as horror, mysteries, romance have characteristic ways of building on this structure.

For example, a mystery novel is often structured like this:

1) The sleuth gets drawn into a murder investigation.

3) Something happens to raise the stakes; e.g., the killer strikes again. As the sleuth gets closer to the discovering killer's identity, the killer might turn the tables and start hunting the sleuth.

4) The story builds to a face-to-face confrontation between sleuth and killer. This is the story climax.

5) At the story's end, the killer is brought to justice, and loose ends are tied up.

This doesn't mean that if you're writing a mystery you have to use this story structure. But it's a tried and true approach that readers find satisfying.

The best way to learn plot structure is by reading. Read books in the genre you want to write, and pay attention to how they're put together. That will give you ideas for structuring your own novel.

Learn more in our online course on story structure 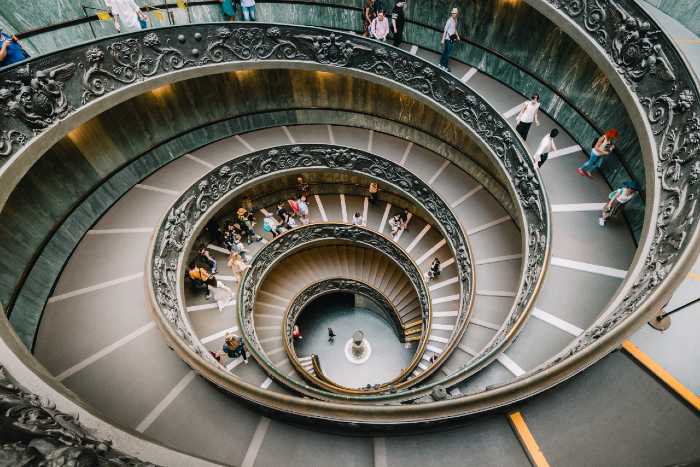 
<< BACK from Plot Structure to Creative Writing Now Home