Here are some story ideas that you can turn into fiction of your own.

1) Your character's husband/wife slips out of the house every night at two a.m. and doesn't return until morning. When confronted about this, s/he says only, "It's better for you not to know..."

2) Hidden in his or her house, your character finds what appears to be a voodoo doll in his/her own image...

3) Your character goes to a job interview and is almost immediately offered a job. The salary is huge, but the job description was so vague that the character has no idea what s/he will actually be expected to do. Nor does s/he have any information about the company s/he'll be working for. "Don't worry," says his/her new employer. "All you have to do is show up. I'll see you Monday?"

4) Every night, your character has been dreaming about the same house, a house s/he can't remember ever having seen before...

5) A stranger stops your character in the street, says his/her name, and tells him/her, "Be in the lobby of the Palace Hotel at midnight." Before your character can ask any questions, the stranger has hurried away...

6) A murder has taken place in a cabin in the middle of a snowy field. Your character finds three sets of footsteps entering the cabin, but none leaving. Apart from the victim, no one else seems to be there. What is going on?

7) Suddenly, seemingly out of nowhere, your character's husband or wife seems furious with your character. "We'll stay together for the kids," s/he tells your character coldly, and will say nothing else when they're alone together, although s/he puts on an act of normalcy in front of other people. Up until then, the marriage had been very happy, and your character has no idea what's going on. S/he thinks there must be some terrible misunderstanding, but how can s/he resolve it when s/he doesn't know what it is?

8) Someone has reprogrammed the GPS in your character's car to go to an address that your character doesn't recognize. Your character lives alone, and no one else has the keys to his/her car. Your character decides it must be a computer error and deletes the new address. But the next day, the GPS has been reprogrammed again, and on the front passenger seat is a map with a circle marking the same mysterious address...

9) Your character starts dating someone new and is amazed at how much they have in common. They seem to have all the same interests and opinions! But by the second date, your character begins to have an uneasy feeling. Every opinion that this person expresses is exactly what your character would have said himself/herself, practically in your character's own words. It seems like too much of a coincidence. It is almost as if this person had studied your character ahead of time and was playing a role. But how is that possible, and why would anyone do that?

1) Your character receives a mysterious phone call telling him/her to go to a particular location "if you ever want to see Jason again." Your character doesn't know anyone named Jason, but s/he decides to follow the caller's instructions...

2) Your character is using her sister Sandra's computer when an email comes in from a man named Ivan. Ivan confesses that he has secretly loved Sandra for years. His email is so emotional and moving that your character decides that she wants this man for herself (Sandra clearly doesn't appreciate him). She decides to take matters into her own hands...

3) Your character looks a lot like a particular celebrity. A fan of this celebrity comes up to your character, and your character decides to play along, just for fun. But this fan turns out to be REALLY obsessed with the celebrity -- creepily obsessed. When the situation starts to spin out of control, your character tries to tell the fan that s/he isn't actually the celebrity, but the fan refuses to believe him or her...

4) Your character is waiting to be picked up at the airport by a cousin s/he has never met, to go to a family reunion. When a man approaches your character, s/he follows him to his car, making polite conversation. At some point, your character realizes that this man isn't actually his/her cousin but a stranger... 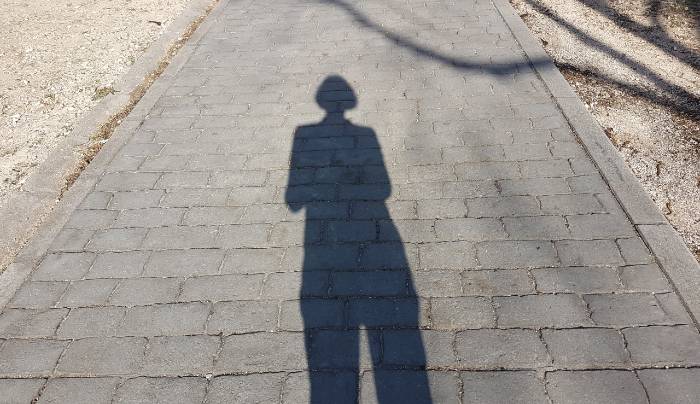 Choose a set of three elements, and write a story that contains all three of them!

1) A new boyfriend, an anonymous letter, and some terrible advice.

2) A favorite song, the number seven, and a scream in the night.

3) A Facebook update, a fake diamond, and a plot for revenge.

4) A beauty queen, a sprained ankle, and an ethical dilemma.

5) A going-away party, false eyelashes, and a very dark room.

6) A goldfish, a babysitter, and an unfortunate tattoo.

7) An online dating service, a foreign language, and a nosy neighbor.

8) A bargain, a tombstone, and a disobedient pet.

9) A job interview, a footprint, and a New Year's resolution.

10) Half a necklace, a messy desk, and a case of mistaken identity.

Here are some first lines that you can use to begin stories of your own.

2) The scream sounded far away.

3) I turned away before she could see my face.

4) If it hadn't rained that night, everything would have turned out differently.

5) My fingernails scrabbled against smooth stone.

6) The first time was the hardest.

7) The strange blue light shone through the trees.

8) It was the opposite of love at first sight.

10) Someone, or something, was watching.

1) Your character's best friend is very upset. She has just spent all her savings on a new house, but after just one night, she says that she can't live there, that there's something horribly creepy about the place. Your character tells the friend that it's a lovely house and she's being irrational. To convince her, she offers to stay there with her the following night...

2) Your character and his wife have been caring for a foster child, David. They love this child and decide to adopt him. Just when the adoption is about to go through, David's natural father changes his mind and decides he wants to take David home. Your character is heartbroken -- and also seriously alarmed for David's welfare. David's natural father is not a suitable parent. Your character is ready to do whatever it takes to keep David -- even if it means breaking the law...

3) Your character comes home one evening, and is startled to find a stranger in his/her kitchen. "I know you must be wondering who I am and what I'm doing in your house," the stranger says, "and I promise that I'll explain everything. But, first, there's something I need you to do..."

4) Create a character based on a real person whom you've always found mysterious. Write a story in which you try to get inside that person's mind.

6) Write a story based on a dream you've had. Something from your dream actually happens to your main character.

7) Write a story in which the main character does something you'd like to do in real life but don't dare.


<< BACK from Story Ideas to Creative Writing Now Home