Here are our top tips on writing dialogue that will make your characters come to life on the page.

Let's say you ask four different people how to make a cheese sandwich...

Person One responds: "You just take a piece of cheese and put it between two slices of bread."

Person Two: "Seriously? You don't know how to make a cheese sandwich?"

Person Three: "Personally, I would recommend goat cheese or perhaps a ripe Camembert, on a fresh baguette or perhaps brioche, lightly toasted, with caramelized onions or perhaps candied figs."

Different people speak differently. The differences are not only in what they say, but in the way they say it.

That's one reason why dialogue -- presenting your characters' speech in their exact words -- is such a powerful tool for your fiction.

Dialogue helps you show what your characters are like instead of just describing them to your reader.

It also draws readers into a scene and makes your writing a lot more fun to read!

Here are some tips for writing better dialogue.

1) Give each of your characters a different voice. Try to hear their voices in your head as you're writing what they say. Your characters' unique ways of talking will depend on personality, age, cultural and educational background, as well as their relationships with the people they're talking to.

3) Mix dialogue and summary. You can mix a few lines of dialogue into a dialogue summary to give readers the flavor of your character's voice. "’Been working on my swing,’ John said, launching into an hour-long discourse on his golf technique."

4) Use indirection. Often, people don't express what's on their mind directly. Instead, they hint at it in other ways. If John is attracted to Marsha, he might not come out and say to her, "I'm attracted to you." Instead, he might become boastful around her, or steer the conversation around to whether she's married. The best dialogue often has two levels, what characters are saying on the surface, and what they really mean.

5) Use silences. Pauses in a conversation can be as expressive as what is said out loud. During a pause, you can describe the characters' body language, what they're doing (e.g., taking a sip of coffee), or what's happening around them.

6) Trim the fat. Real-life conversation contains a lot of filler, false starts, repetition, polite blah-blah-blah. If you include all of this in your written dialogue, it can get boring. Instead, you can include just enough to give the flavor of real life, then cut the rest.

7) Don't pile on distracting dialogue tags. Fancy dialogue tags such as "he whined," "she commanded," or "he queried" draw attention to themselves. The old standbys, "said," "told," and "asked" are less noticeable, letting readers focus on your characters' words.

To get great at writing dialogue, listen to how different kinds of people talk. Pay attention to...

- What they DON'T say. Are they beating around the bush? Are they intentionally avoiding something?

- The kinds of words they use. Do they use simple or sophisticated vocabulary? Do they use slang? Jargon? Profanity? Do they have a favorite word or expression?

- The rhythms of their speech. Do they use short choppy sentences, or long ones that wind on and on?

- What does the way these people speak express about who they are?

You can borrow their voices for your characters.

If you're struggling with dialogue, here's a shortcut. Just think of someone who speaks the way your character might. Then, whenever your character is speaking, try to hear that person's voice in your head.

When you're writing or revising dialogue, you might also find it helpful to say the lines out loud or even act them out. 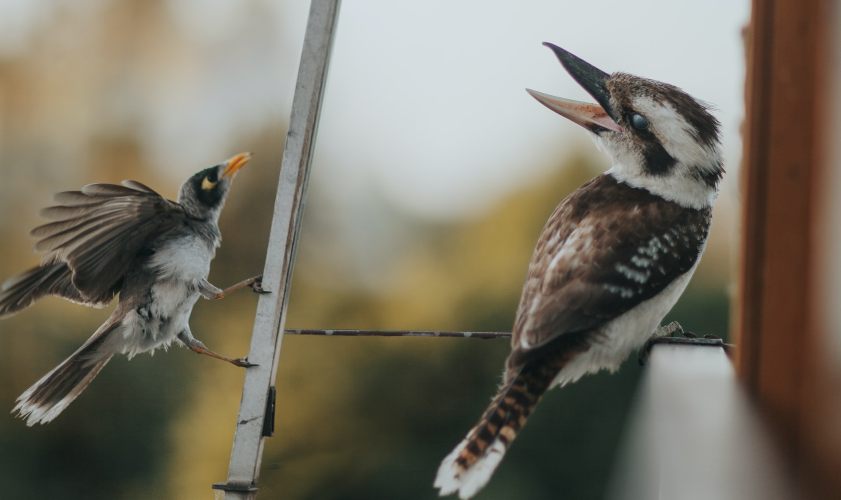 Join our writers' email group to get ideas and inspiration in your inbox. Also check out:


<< BACK from Writing Dialogue to Creative Writing Now Home