Looking for love story ideas or thriller ideas? Here are some prompts that you can turn into romance, suspense fiction, or romantic suspense. At the bottom of the page are links to hundreds of other creative writing prompts.

1) Your character is a suspect in a crime. She is interviewed by the detective in charge of the case and immediately feels deeply attracted to him. After an hour in the interview room, the detective releases her with an apology. On an impulse, she invites him out to dinner that night, and he accepts. But, leaving the police station, she begins to feel nervous about their dinner date. Is it a mistake to go out with the detective, when she's in fact guilty of the crime he's investigating?

2) Your character lies about himself/herself in order to impress an attractive woman/man, pretending to have a prestigious job and a glamorous life. They go out on some dates, and your character finds himself falling in love with the other person. But the more the relationship progresses, the harder it is to keep up his/her lies. And what will happen if the truth comes out?

3) Your character is at the same party as her friend Maria's ex-boyfriend Ethan. Your character and Ethan get into a conversation, and she finds that she has a lot in common with him. She also finds him intensely attractive. Maria always talks about him as if he were some kind of monster, although she's never told your character the details of exactly what he did to make her hate him so much. But he seems like such a great guy that your character decides to give him a chance...

4) Your character meets Laura through an online dating site. She seems nice enough, but he doesn't feel a spark. On their second date, she introduces him to her sister, to whom she is very close. As soon as your character meets the sister, he knows that she is the woman of his dreams, the woman he was meant to be with. How can he stop dating Laura and ask out her sister -- without making enemies of them both?

5) Your character's husband has disappeared without warning. His car is gone, and no one has seen him for days. Your character's friends assume that he has left her and their children to start a new life, but your character can't believe that. Their marriage was a happy one, and her husband isn't the type of man to abandon his family. No, something must have happened to him -- your character's sure of it. And she'll do whatever it takes to find him and bring him home.

7) Everything seems to be going wrong for your character. S/he hates his/her job, a rent increase means that s/he'll have to leave his/her apartment, and now his/her boyfriend/girlfriend has just ended his/her relationship. In an attempt to cheer himself/herself up, s/he spends the last of his/her savings on a short vacation at the beach. There, s/he meets an extremely attractive stranger who is staying at the same hotel. Your character is shocked when, completely out of the blue, this stranger asks your character to marry him/her. It seems like a crazy idea, but your character also thinks: What do I have to lose? 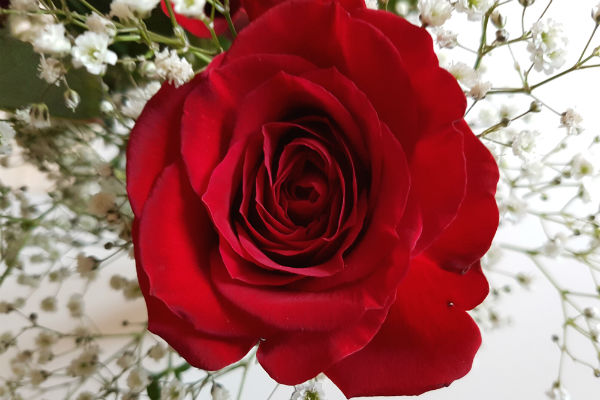 Join our free e-mail group to get creative writing prompts and tips sent to you by e-mail. You can also...

<< BACK from Love Story Ideas to Creative Writing Now Home