How to Write Satisfying Story Endings

Below are some tips on writing effective story endings. At the bottom of the page, you'll find links to more tips on story writing.

The ending of a story or novel forms readers' final impression of what they have read.

An effective ending seals the readers' satisfaction with your piece. It leaves them thinking and maybe talking about it long after they have finished reading.

A story ending can be either happy or sad; it can leave the reader uplifted or pensive or heartbroken. But it has to feel "right."

What makes a certain ending feel right? How can you write endings that leave your readers satisfied?

There are no black and white rules to follow. But here are are some guidelines to help you write endings that will make readers want to come back for more.


1) Effective endings show (or suggest) the result of the story's conflict.

The conflict of a story is a problem that the main character has to solve.

Readers keep reading to find out if the character will succeed in solving this problem. Will Rosa make John fall in love with her? Or will he marry Amy instead?

The story conflict gives readers a reason to turn pages. At the end of the story,readers expect a payoff. Your story has raised a question, and readers want to know the answer.

Some story endings supply this answer in a tidy package. Cinderella marries the Prince, and they live happily ever after.

Many other successful endings only hint at the result of the conflict and trust readers to fill in the blanks.

For example, let's say that Rosa has saved up to buy an expensive present for John. When she goes to his house to deliver it, she looks through his living room window and sees him sitting on the sofa with Amy. Rosa sees how comfortable they look together, how intimate. Then she notices that Amy is pregnant. Rosa goes to ring John's doorbell, hesitates, then turns around and walks back down his front path to the street, where she drops her expensive present in a garbage can.

This story can end here. It might even end a moment sooner, when Rosa turns around and walks off John's porch. The reader has enough information to guess how the conflict will probably end. It looks as if John will probably stay with Amy. And it looks as if Rosa has decided to stop fighting for him.

Short stories often use this subtler approach. There might not be time to wrap everything up, or a tidy package might seem artificial. It might not be necessary. So the author gives the reader a hint of how things are likely to go.

What is the main conflict in your story? If you're not sure of the answer to this question, you need to work on that before you worry about your story ending.

I've noticed that when writers tell me they don't know how to end their stories, the real problem is often that they haven't developed a clear story conflict. They need to go back and work on the beginning and middle of their story. The right ending depends on what comes before it.

You might be familiar with the movie An Indecent Proposal. A young couple in need of money heads to Las Vegas to try to win the amount they need. After losing everything at roulette, they meet a rich stranger (played by Robert Redford) who offers them a million dollars if the woman (played by Demi Moore) will spend one night with him.

That is the central problem, or conflict, in the story. Will she make this bargain? And if she does, what will be the cost for her and her marriage?

In case you haven't seen the movie, I won't tell you how the story actually ends. Instead, let's imagine a different ending for the story. The young couple debates what the Demi Moore character should do. But before they reach a decision, her husband finds a hundred dollar bill on the floor of their hotel room. He takes it down to the roulette table and wins a million dollars. Problem solved!

Although this would be great news for the couple, it would be a terrible story ending because it's a matter of pure luck. It feels random. And instead of resolving the main story conflict, it avoids the conflict altogether. It gives the character an escape route that gets her out of a difficult choice. Her decisions and actions don't matter at all.

Story endings are generally much more satisfying when the main character makes them happen. The character confronts a conflict with her strengths and weaknesses. Maybe she'll win the battle. Or maybe too many odds are stacked against her and she'll fail in the end. Either way, the reader is there to watch the confrontation and will be disappointed if it feels like you've fixed the fight.

3) Satisfying story endings use elements from the story's beginning and middle.

Imagine I'm writing a novel about a millionaire who is murdered in his vacation home. The main suspects are the millionaire's wife and two children, as well as the butler (of course). As the novel progresses, the reader gets to know each of these suspects better.

The oldest son, Donovan, seems rather heartless. Maybe he did it, the reader thinks. But Edgar, the younger, sensitive son, is clearly hiding something. And what about the blood stains on the butler's clothes? The reader forms opinions and theories, then changes his or her mind.

This is not a satisfying ending if it seems to come out of the blue. The reader has spent a lot of time speculating about a cast of characters that didn't include Jimmy at all. If I introduce Jimmy at the last minute, I'm not playing fair.

To fix this problem, I don't necessarily have to change the novel's ending. Instead, I could edit the earlier chapters to hint at Jimmy's existence. That way, when the reader reaches the end, his or her reaction will be "Aha!" instead of "Huh?"

Even a twist ending, designed to surprise the reader, should not come out of the blue. A great twist ending makes readers see the story beginning and middle in a different light. "Aha!" the reader says. "I should have realized that...!" "Why didn't it occur to me that...!"

This "Aha!" reaction comes when the reader realizes afterwards that the seeds of the surprising ending were in the beginning and middle, even though he or she didn't recognize them at the time.

Think of the famous twist at the end of the movie, The Sixth Sense. I'm not here to ruin movies for anyone, so, if you don't already know how that movie ends, I'll let you go rent it on DVD.

Remember that, as an author, you can "cheat" to set up your story ending. Once you know how you want the story to end, you can go back and plant hints here and there for the reader, so that when she reaches your ending it will feel logical -- even inevitable.

If you bring your characters and conflict to life, readers will care how everything works out and will feel something when your character succeeds or fails.

Experiment to get the most emotional impact out of your ending. Try ending your story a little sooner; try ending it later. Try phrasing it differently. Push the words around until you get the spark that makes the magic happen.

1) Your character will have an argument with his or her mother, friend, roommate, or spouse. You decide who is involved in the argument and what it is about. The argument should be very important to both people involved. Decide why it is important each of them.

2) Write the story of this argument. The argument builds and increases in intensity as emotions get inflamed. At the end, have one or both of the characters do something that lets the reader know what the result of the argument will be.

Experiment with hinting at the result instead of laying it out in detail.

Try writing different versions of the ending. Which one is the most satisfying? Which one has the greatest emotional power? 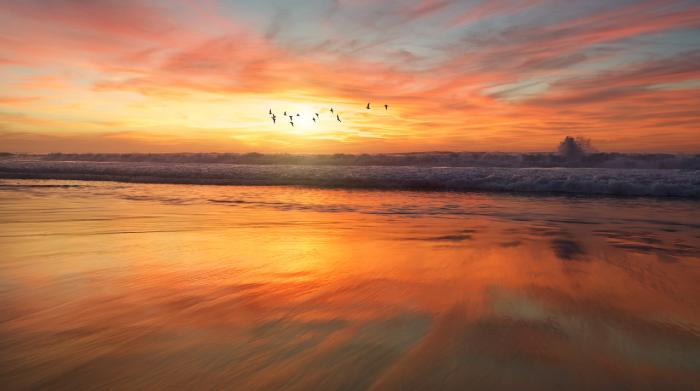 Or check out our online writing course, Essentials of Fiction Writing.

Back from Story Endings to the Creative Writing Ideas blog.


<< BACK from Story Endings to Creative Writing Courses Home.
FacebookTwitterPinterestTumblrRedditWhatsApp